Home » Recipes » Eggs » How to Halve An Egg For Baking Recipes

Learn how to halve an egg easily and simply, complete with step-by-step instructions! It's a great trick to know when you want to bake half a recipe and it calls for one egg in the full recipe! 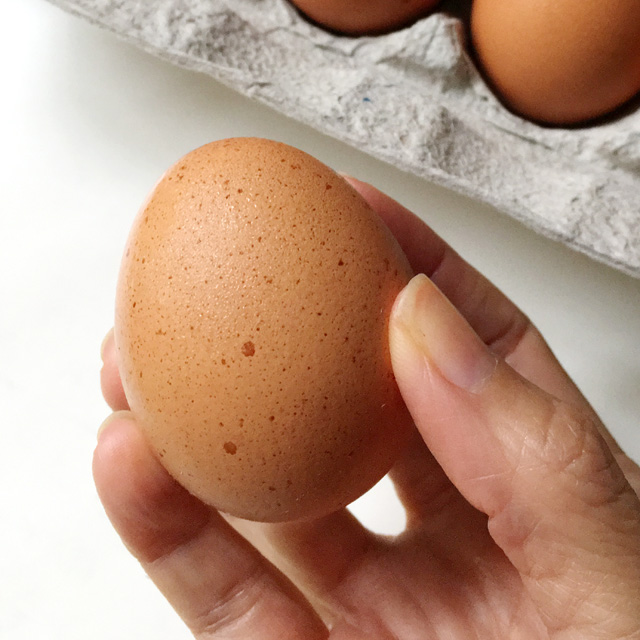 Have you ever wanted to make only half a recipe of cookies or a quick bread or a cake...only to find that the original recipe uses only one egg? How do you halve an egg in these cases?

If the recipe asks for two eggs, it's simple enough to use just one egg if you want to halve the recipe.

But what do you do when you're dealing with just one? 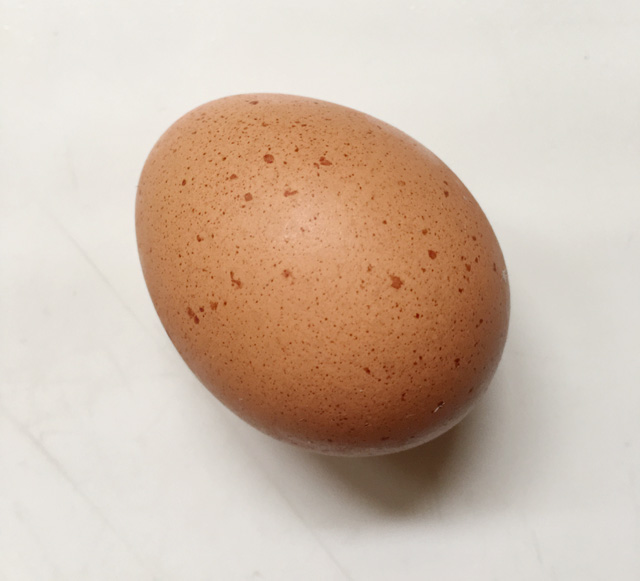 How....am I supposed to take half of that?

Keep in mind that it is usually baking recipes where people encounter this conundrum. Most savory recipes are flexible and you always use whole eggs. One of two? It's not usually any big deal that affects the outcome of the dish.

However, baking is all about chemistry and you can't really go all loosey goosey with the important ingredients if you want the final product to turn out.

I have often wanted to make half a baking recipe and have run into this situation many times where the original recipe requires one egg. I crack an egg into a bowl and look at that one yolk and all the white and think, "Uh....how do I get equal parts yolk and white?"

The key is to actually scramble the egg first with a fork so that you have a relatively cohesive mixture of the yolk and the white!

You could try and do it by volume, but that's a bit hard to measure. It is unlikely to be a nice measurement like 4 tablespoons that could easily be divided in half.

Measuring by weight, however, CAN easily be divided in half and is much simpler!

Here is how to do it step-by-step!

Obviously, since this involves weight, you will need a kitchen scale.

Place an empty bowl on top of your scale and reset it to 0 (on digital scales, there is often a button labelled TARE). 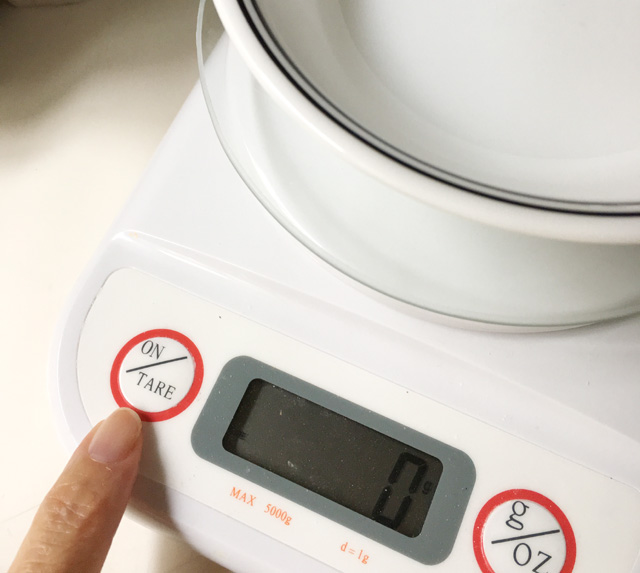 Crack your egg into the bowl and take note of the weight in grams. Most large eggs, on average, will weigh about 50g. 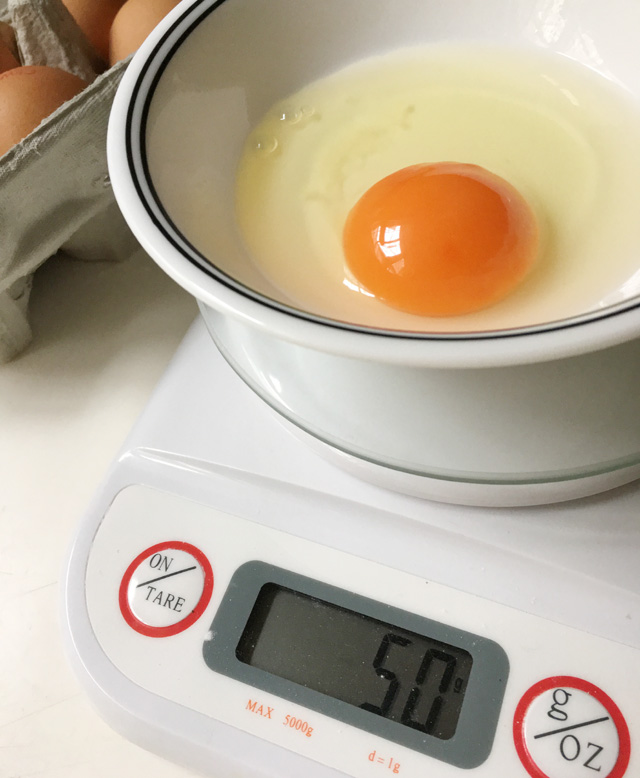 Scramble the egg well in the bowl. 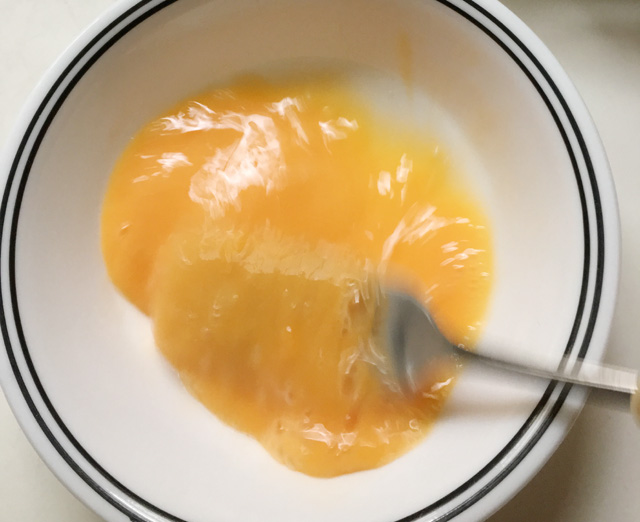 Double check the weight to make sure it is the same as before you scrambled it, which it should be. 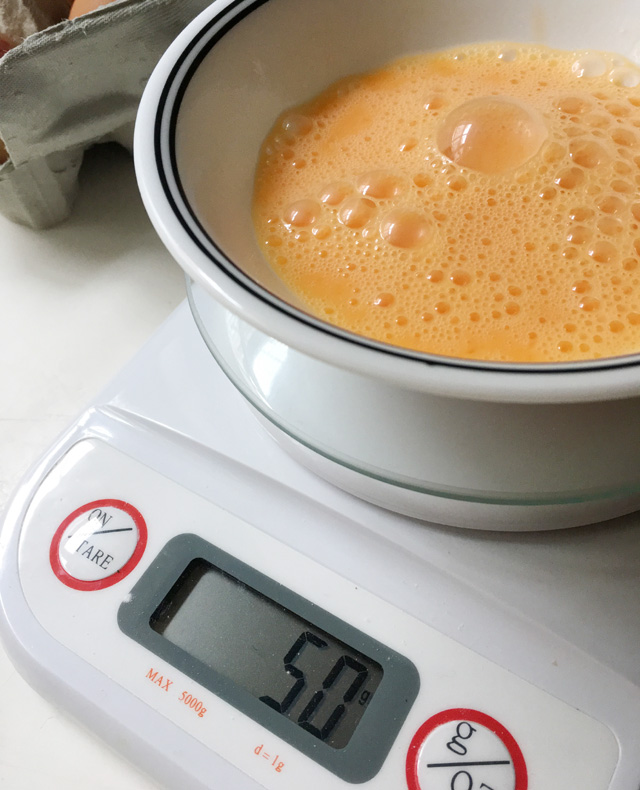 Using a spoon, scoop out the some of the scrambled egg into another bowl. 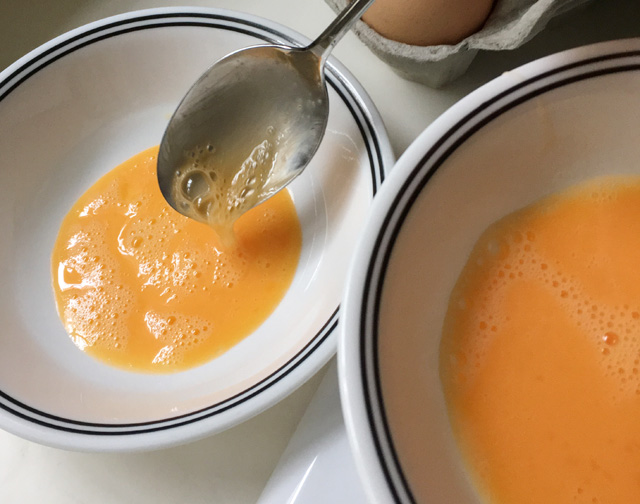 Continue to do this until the weight on the scale is half of what you started with. So in my case, 50 divided by 2 = 25. 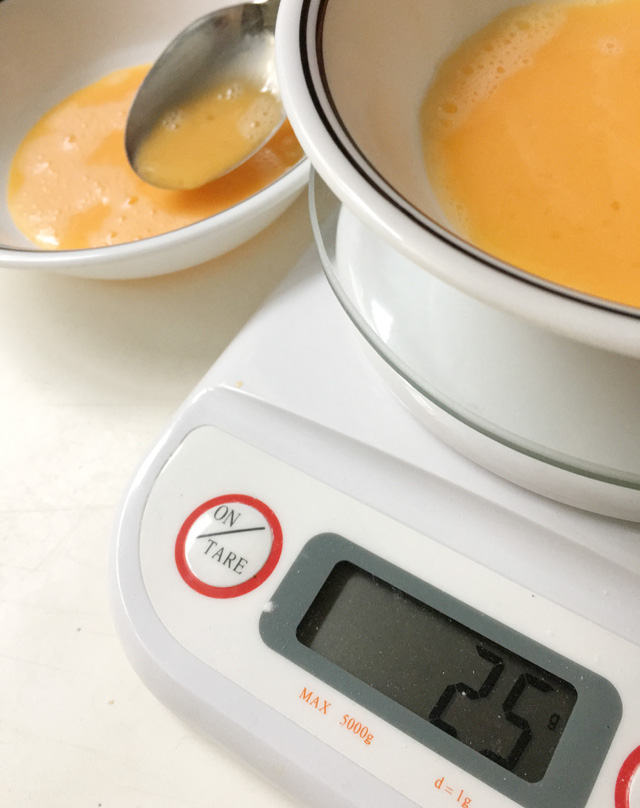 And voila! You have have successfully halved an egg! 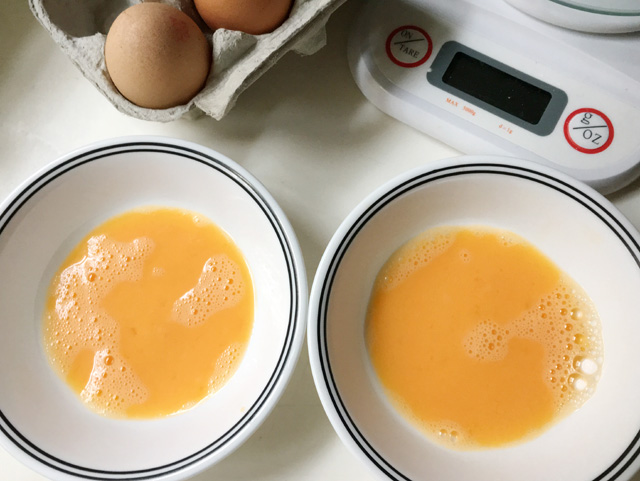 As for the remaining half that you don't use for your recipe, use it for another baking recipe that you want to halve. Alternatively, add the unused half to recipes where half an egg won't make much difference to the final result like Super Simple Egg Drop Soup, Noodle Egg Foo Young, or quiches like Spinach Sausage Quinoa Crusted Quiche or Sweet Potato Broccoli Bacon Quiche.

Or just add it to a couple extra eggs to cook up scrambled eggs in a pan! Not using it right away? Cover it and keep it in the refrigerator for a day until you're ready to use it.

A few notes worth remembering:

So there you go! Halving an egg for a recipe is actually quite easy and precise, and making half a recipe is completely doable! Happy baking!

How To Halve An Egg For Baking Recipes

What do you do when you want to bake half a recipe and it calls for one egg in the full recipe? Learn how to halve an egg easily and simply, complete with step-by-step instructions!
5 from 5 votes
Print Pin Rate
Course: Baked Goods, Desserts
Cuisine: Western
Keyword: eggs, halve an egg
Prep Time: 10 minutes
Author: Lisa from A Day in the Kitchen

Try halving an egg for these recipes! 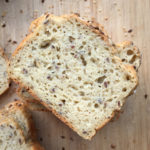 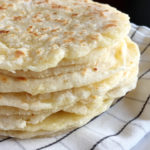 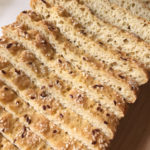 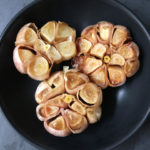 How To Roast Garlic 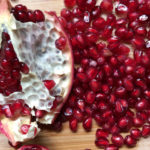 How To Open and Seed A Pomegranate 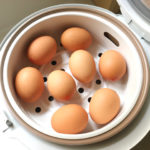 How To Cook Eggs In A Rice Cooker 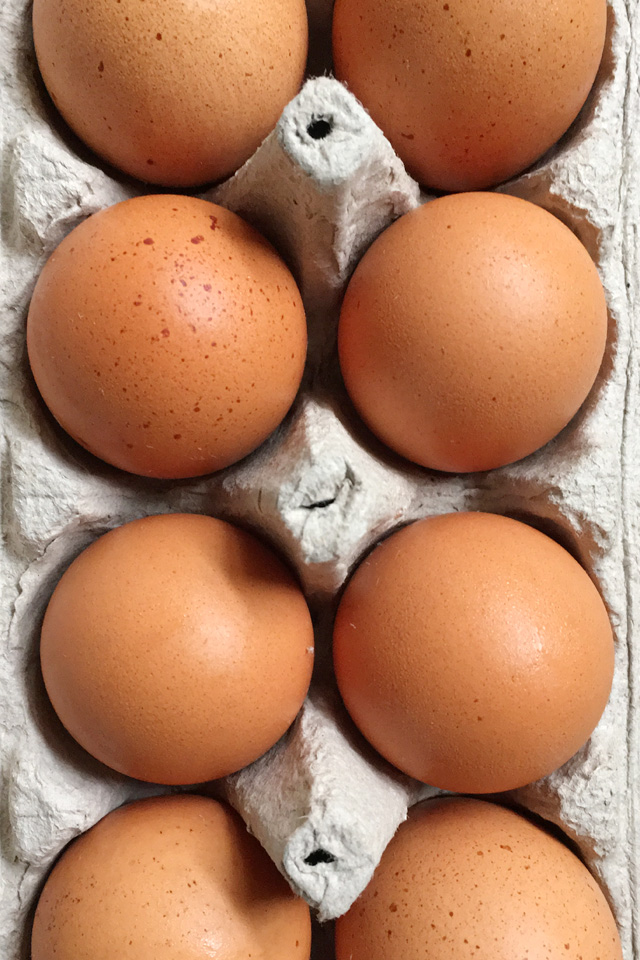 **Post updated October 5th, 2019 with addition of a recipe card and updated text.