Since moving to Hong Kong five years ago, I have made some good friends, some of whom have left Hong Kong to return home. It is not goodbye, but rather, as we like to say, "see you later", in hopes that our paths will cross again in the future.

Living in Hong Kong offers a very unique experience in terms of friendships. Many people who move here are on temporary work contracts. Their time here is limited and fleeting. It is a common story for families to live here for a couple years (perhaps more) and then return to their home country once the work contract is over. Alternatively, they may move to another new country and start another contract. The idea of "putting down roots" is non-existent for most who move to Hong Kong.

In terms of Hong Kong friendships, there is no long haul. There is no security as if we have all the time in the world to hang out and do things together. In some cases, some families leave on short notice if the company cancels the work contract.

I, and obviously many many others, don't know about any of this when first moving to Hong Kong. However, we learn quickly when people start asking "How long are you in Hong Kong for?" That is one of the first questions when you meet someone new because it is the nature of relationships and friendships made there. Depending on the answer, you start subconsciously calculating how much time you have with this new friend. You don't think about it constantly, but it's there.

As such, Hong Kong friendships are a bit like "speed dating". You meet someone, get right to the nitty gritty and get to know them right away. There is no long period in which to develop the friendship. You throw yourself into the "getting to know" stage with most of what you've got to see if these Hong Kong friendships have potential to go anywhere. When you meet someone with whom you click, you hang on and make the most of things! This is not a time to hold back!

And as is the "revolving door" of Hong Kong friendships, people move in and then they leave. And new ones will come and many of them will leave, too.

So why am I talking about all of this now? As I mentioned at the start, since living in Hong Kong, I have had some friends leave, three of whom all left this summer. As I said one "see you later" after another, and in turn, became emotionally exhausted, I decided that writing about Hong Kong friendships related very much to A Day In the Life. I thought it would be an interesting read to those of you who aren't familiar with what it's like to live in a place such as Hong Kong. Additionally, I wanted to mention some of these friends who helped make my days in Hong Kong that much better.

Two years after we had first moved to Hong Kong, I had one dear friend leave. Leslie and I clicked immediately upon meeting at the school one day. She is one of my closest friends to this day, even though we have not lived in the same city for the last three years. 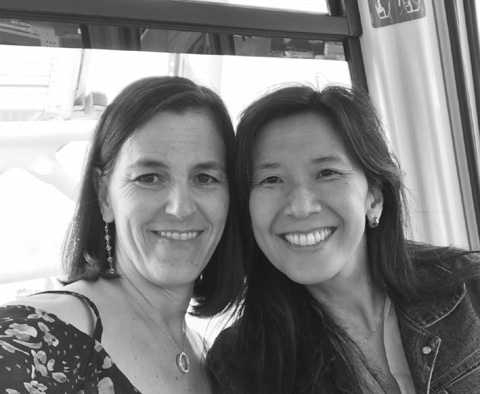 Thankfully, we have kept in constant contact since she moved back to the US three years ago. Luckily for us and our Hong Kong friendship, we stayed true to "see you later". We have seen each other twice since she left! One time was by pure coincidence as we happened to be vacationing in Mexico at the same time! We had a few hours of overlap and we made sure that we saw each other. The second time was her recent visit back to Hong Kong in April of this year! 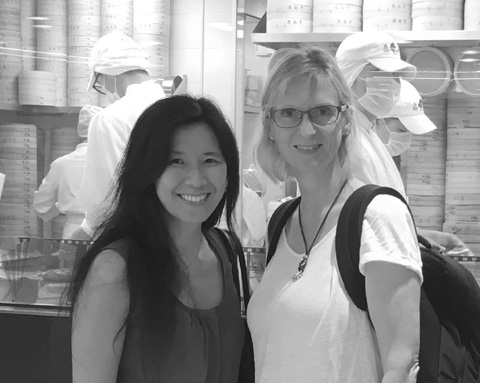 I met my friend, Carol, after we had already been living in Hong Kong for a couple of years. We met while taking our kids to the morning school bus when she had moved into the neighborhood, and we got along right away. We would often frantically text each other when we had cockroach or gigantic insect sightings...not that we could do anything to help the other, but it was nice to commiserate with someone! She was also often willing to join me for Chinese style desserts after a lunch out!

Carol returned to England with her family after having lived away for several years. In her case, it wasn't that a work contract had ended. It was just the right time for her and her family to return home. 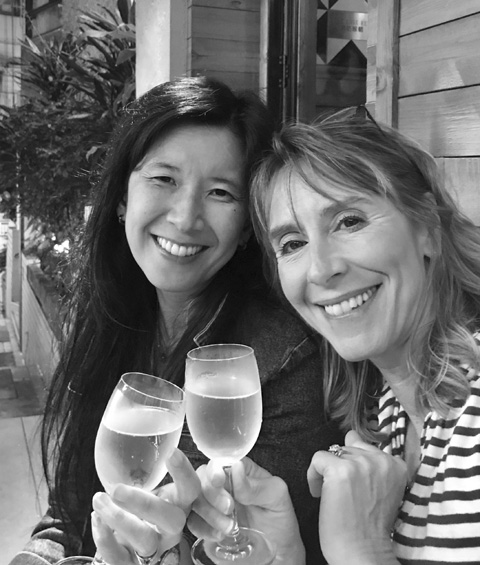 Jackie was one of my very first friends here and we kept each other company as we navigated living in Hong Kong. We lived in the same neighborhood and our kids went to the same school and we made each other laugh. She kept trying to get me to drink more than my 2 tablespoons worth of wine, and I made her climb long flights of stairs to get to our street. She is also the only Caucasian friend I made in Hong Kong who actually tried chicken feet! Granted, it was a very small piece, but she tried it! 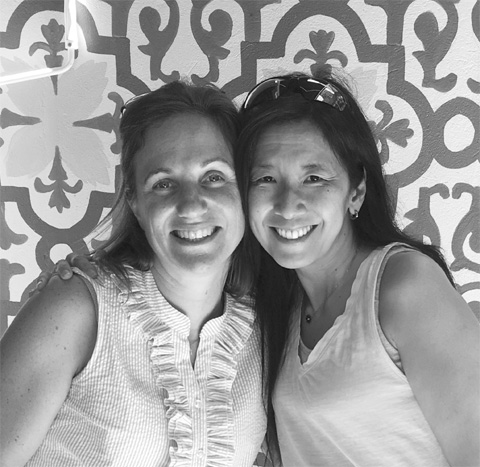 I met Beth through Jackie and other common friends. Beth would often send me text messages asking either how to get somewhere in Hong Kong, or for a restaurant recommendation. She was a fun and willing partner for pedicures, lunches at new places, and trips to Shenzhen. She was also always happy to pick me up in her big "bus" of a van when we had outings.

With both Jackie's and Beth's husbands' work contracts completed here in Hong Kong, both have returned home to the US.

I will miss these friends for many reasons. It is hard knowing that I will not be able to see them easily any more. However, staying in touch is already a huge part of who I am (thank goodness for Whatsapp and email!). So I'm confident that it will at least be "message/talk to you later", if not "see you later". While they move on to the next chapters in their lives, I'm grateful to have been included in their Hong Kong Chapter and to have had them in mine.

So here is to Hong Kong friendships! I have said farewell to other friends as well over the last five years and they, too, all contributed to great Hong Kong memories. As brief as some of them can be, they can also be meaningful and long-lasting. I am thankful for all the friends I have made since moving here five years ago. Thankful for the ones who are "local", the ones who are still here, and the ones who have come and gone. My life here in Hong Kong is all the richer because of them.