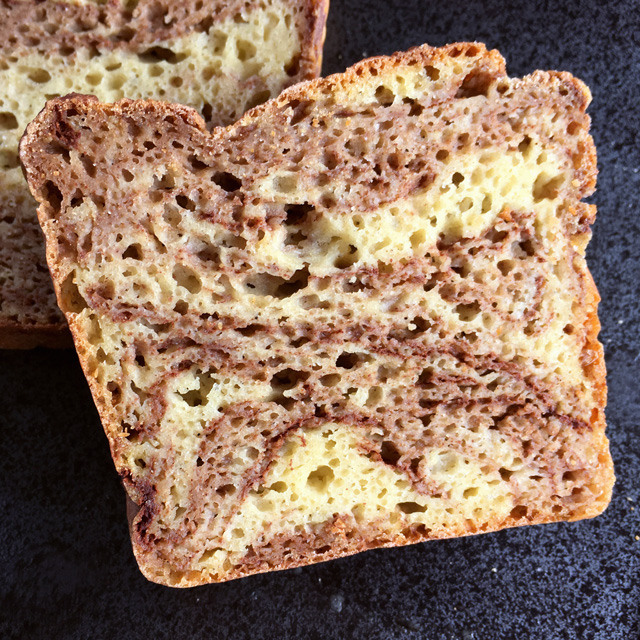 Nothing says Fall like yummy cinnamon marble bread. Of course, there are also other signs of Fall like slightly cooler weather and tree leaves turning beautiful shades or yellow, orange, and red.

Keep in mind, though, that those signs are not quite evident here in Hong Kong yet where it is still over 30 degrees C (90 F) and humid! However, despite the weather and nature not telling me it's Fall, this Gluten-Free Cinnamon Marble Bread makes it smell like Fall in my kitchen! It can in yours, too! 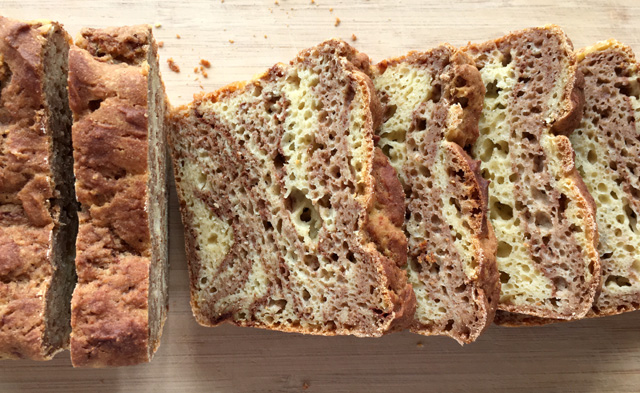 I came up with making this cinnamon marble bread after a couple of failed attempts at a gluten-free apple bread recipe. Long story short, the apple bread didn't taste like the gluten- and sugar-filled equivalent I used to make years ago. However, the wonderful cinnamon smell was there. Well, they say that smells can trigger memories emotions, and I suddenly had a childhood memory of cinnamon swirl bread! I remember how good a slice tasted, especially when toasted with a smear of butter on it! The gears in the brain started going crazy and I thought about how great it would be to create a gluten-free cinnamon bread! 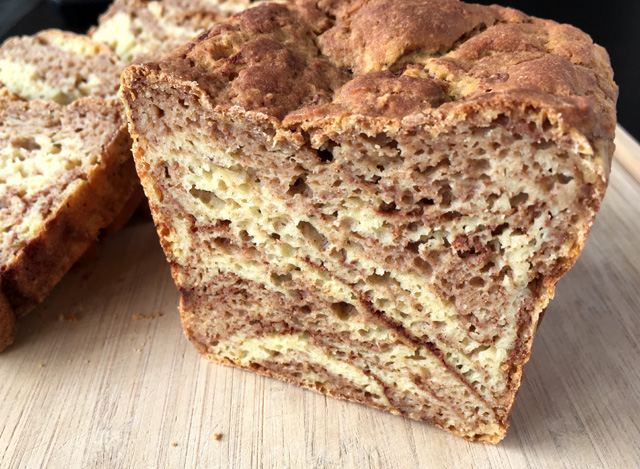 And here we are!

You will be surprised at how easy this recipe is. Unlike most cinnamon swirl breads, this dough is more like a batter that your pour as opposed to one that you can handle. So there is also no rolling the dough out, no spreading a layer of sugar and cinnamon, and no rolling the dough up. As such, there is not really a "swirl" in the loaf. That's why I find calling my recipe a cinnamon "marble" bread more accurate. Consequently, I actually find the cinnamon marbling more appetizing looking than a plain ol' swirl! It's one of those things that make you go "Oooooooooooooo...."...and that's a good thing. 🙂 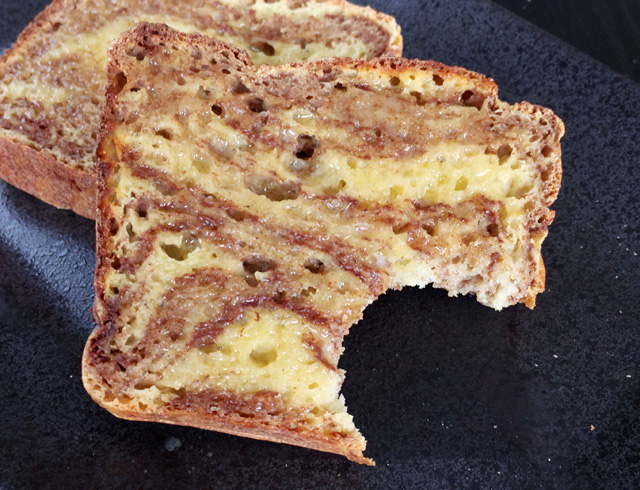 Remember I mentioned eating a piece of cinnamon toast with butter when I was a child? How the smell of cinnamon conjured up that wonderful memory and the emotions associated with it? Well obviously, after making this bread, I had to test out a slice in exactly the same way! I'm happy to say that a slice of this cinnamon marble bread toasts up nicely and tastes great with butter!

Now some of you might look at this bread and think that it's missing something...something like raisins! The absence of raisins is because my family isn't a fan of them, so I made the bread without them. However, there's nothing stopping you from adding some to this recipe and turning it into a great tasting Cinnamon Marble Raisin Bread! If you're looking for that added bit of sweetness to tie in with the cinnamon, I have included the quantity of raisins to add to the recipe, if you so desire them! 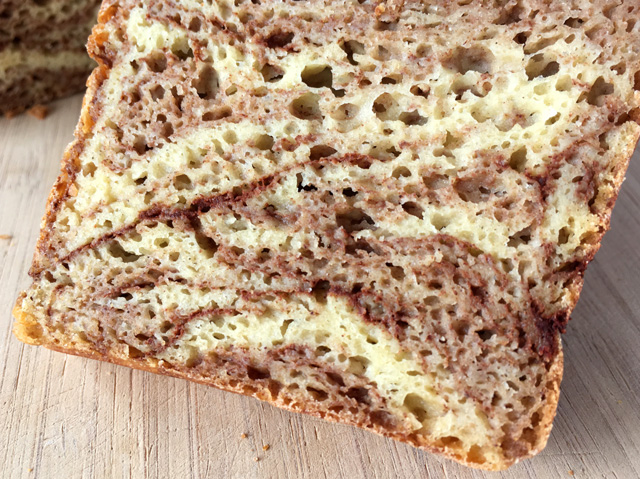 This cinnamon marble bread is soft and light...you would never guess that it's gluten-free! And without all the extra sugar that is often found in cinnamon bread recipes, this bread has a subtle sweetness that is just the right amount. No sugar overload!

Toast up a slice to have with your morning coffee or to have alongside some eggs. I've also heard it makes great French toast! Regardless of how you like it, try making this bread and bring the smell of Fall into your home. Bake up a loaf and leave a comment below! 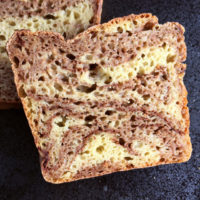 Dry Ingredients (volume measurements in the Recipe Notes below): 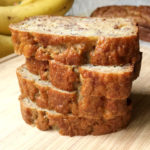 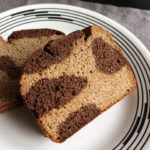 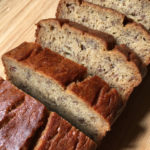 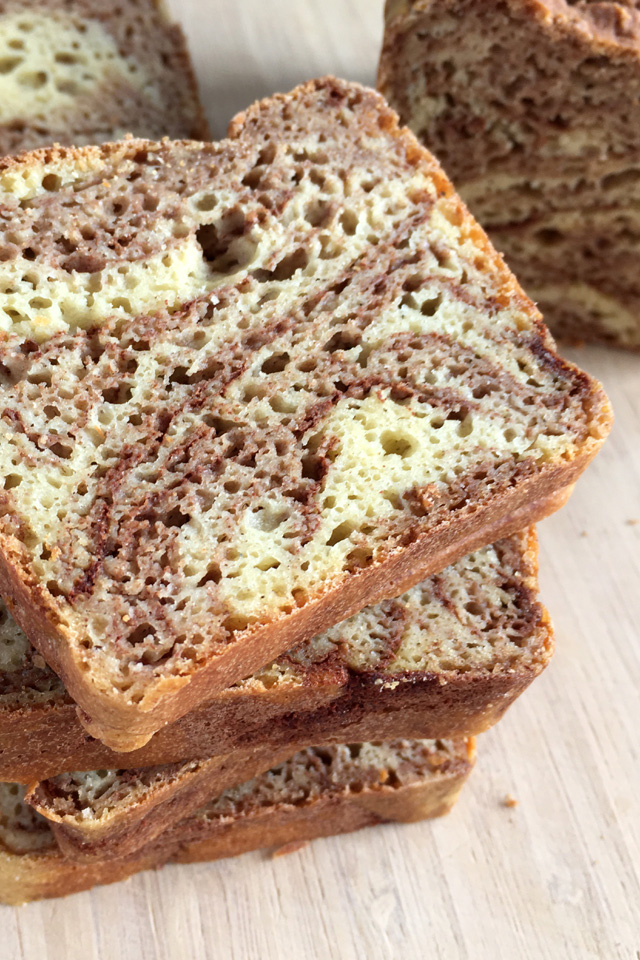 This recipe was updated on March 6th, 2019 with volume measurements for the flours and additional recipe notes.