Ginger milk tea latte is a fusion of two different teas...traditional English tea mixed with ginger-infused hot milk and just a touch of honey. It's a deliciously rich and soothing cuppa tea that is sure to keep you warm during the chilly months. 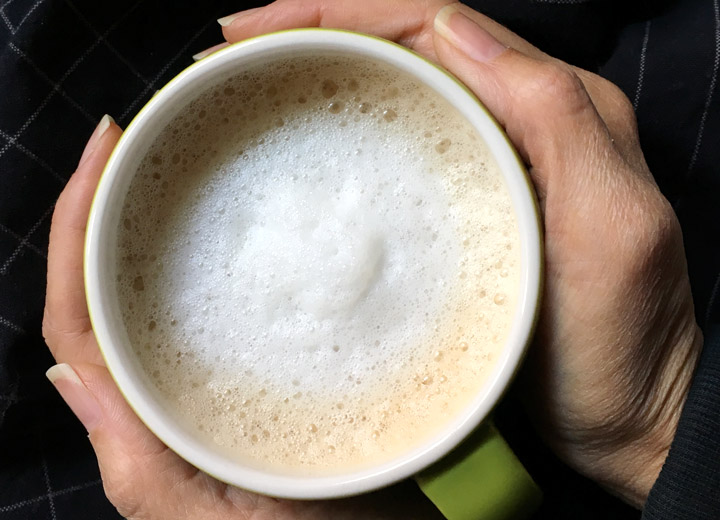 What if would happen if you combined the two?

You end up with a cuppa tea magic is what happens!

Taking from my Yummy Cuppa English Tea Latte and my Soothing Ginger Honey Tea, I've combined the flavors and ingredients from both to create a yummy soothing fusion tea that will not only help keep the chills away, but that is also delicious.

English tea with milk is, of course, quintessentially British, and my recipe for English tea latte is made simply from tea and hot milk.

Put those very same ingredients together and you've got a delicious mix of Asian and British teas in one cup.

You start the same as the ginger honey tea...peel a knob of ginger, cut into smaller chunks, and crush them with the side of a knife. However, instead of heating it in water, you heat it in the milk! 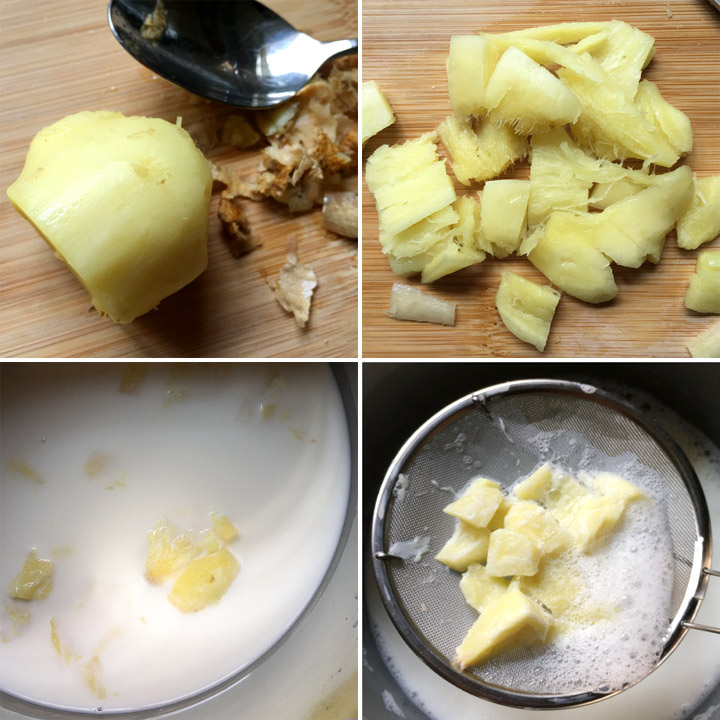 Let the ginger cook in the milk as it heats to the point of steaming, being careful to not let it boil. Give the ginger a good stir in the milk before remove the pieces with a strainer.

In my English Tea Latte recipe, I steep the tea bag in hot milk, but this time, steep the tea in hot water to help draw out as much of tea flavor as possible.

Remove the tea bag after five minutes, and then, if desired, add just a half teaspoon of honey to the hot tea concentrate. 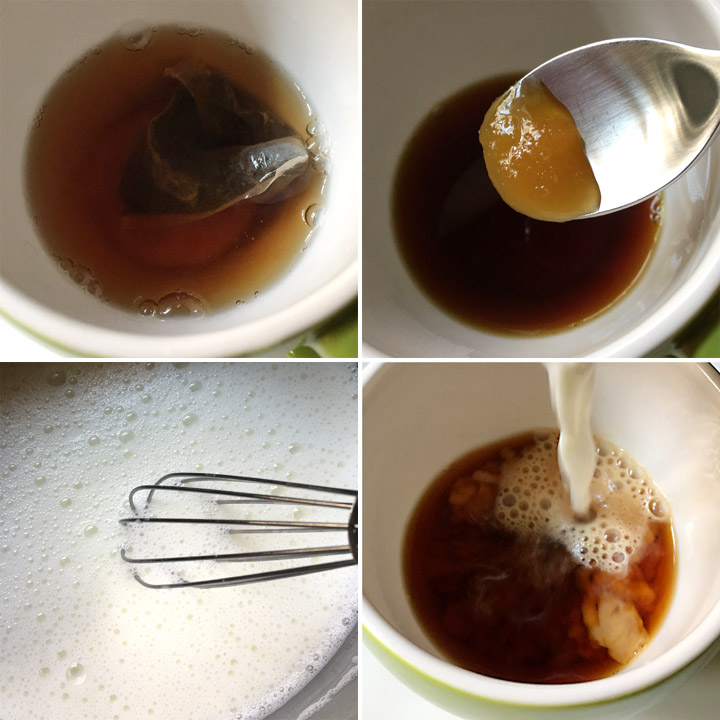 After removing the ginger from the milk, use a frother or small whisk to create some foam, if desired, and then pour it into your cup of tea. And that's it!

If you want a stronger ginger flavor, simply add more ginger to the recipe. If you want a stronger tea flavor or more caffeine, steep two bags in the same amount of water to make a higher concentrate. And if you do froth up the hot milk before pouring it into the tea, make sure to scoop out the last bit of foam from the pot to add to your cup to give it that total coffee shop look! 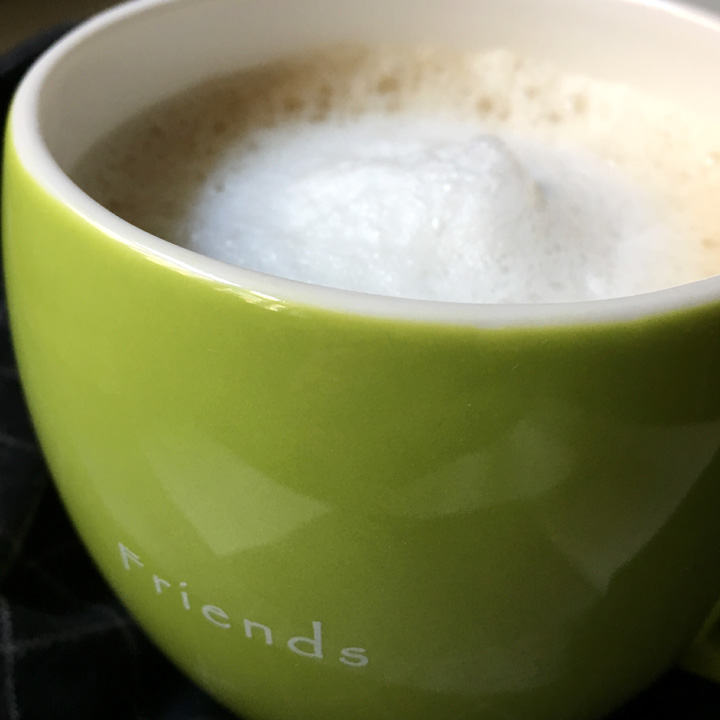 Take a sip and you'll experience a rich tea with gentle ginger undertones and a subtle sweetness. The higher milk to water ratio also gives the tea more body and creaminess that makes it way more satisfying that just plain ol' tea with a splash of milk. Tea should be savored!

So get your favorite mug (this is mine!) and whip up some ginger milk tea latte. It will warm and comfort you on those chilly days and it's definitely a hot cuppa tea that you'll really enjoy down to the last drop! 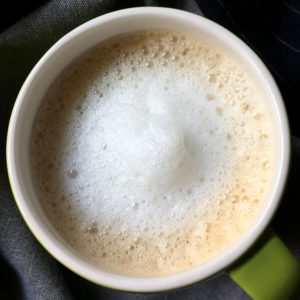 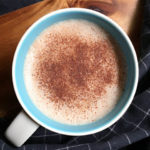 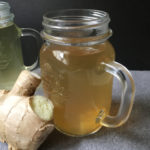 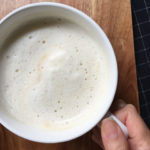 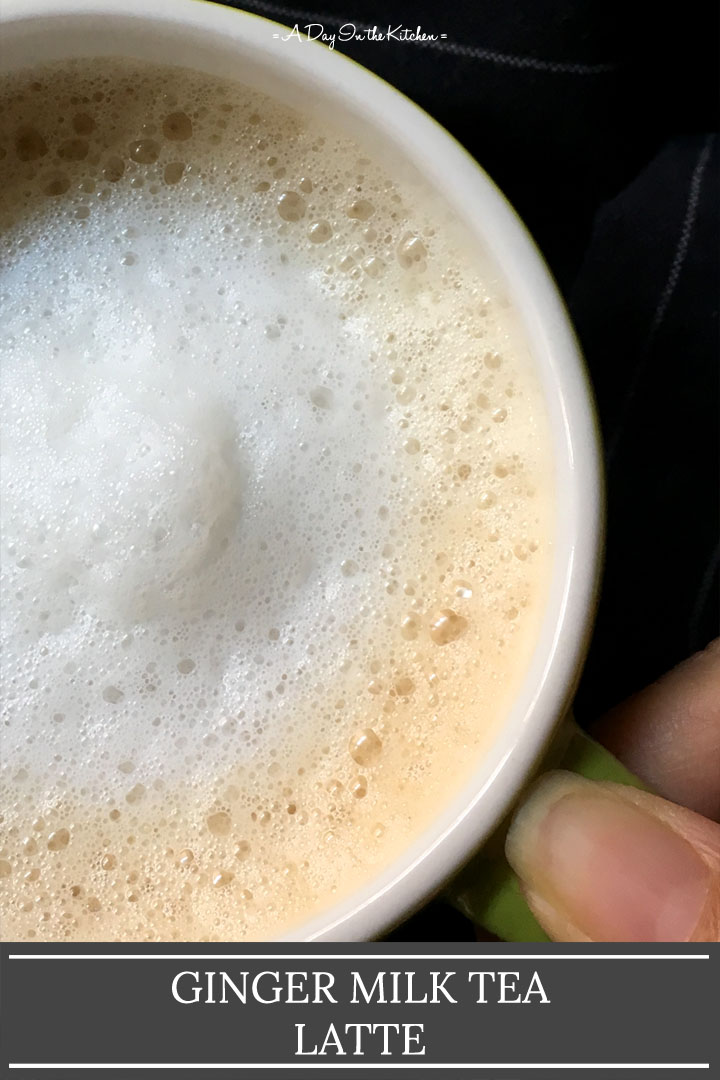