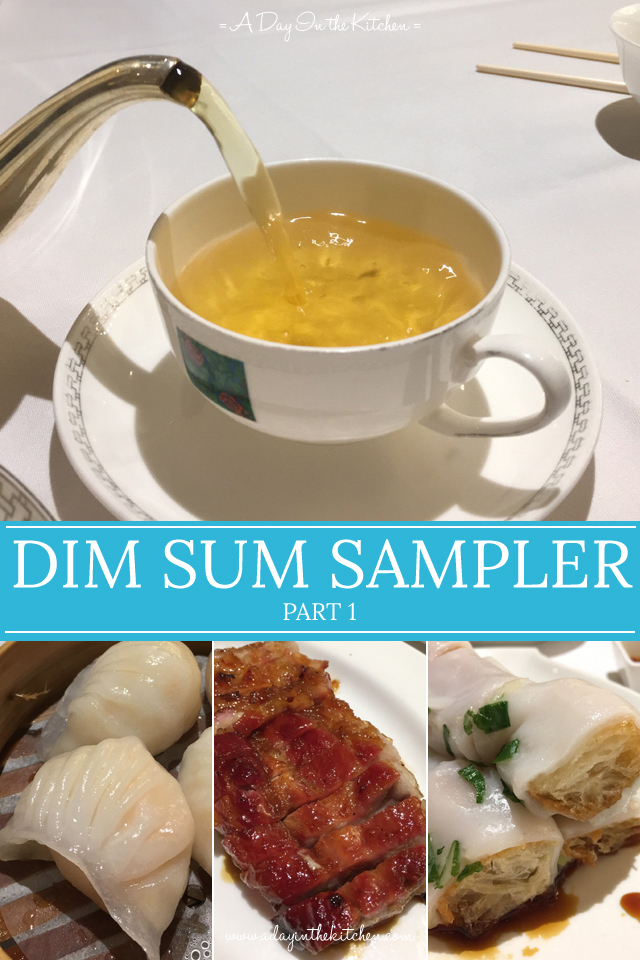 While out for lunch one day with friends, one of them suggested I write a post about dim sum. My friend, Jackie is an American living here in Hong Kong, and although she has been living here for almost five years, she's still not all that familiar with what all the dim sum dishes are. She thought having a "Dim Sum Guide", of sorts, would help others who are not familiar with the Chinese meal. I thought it was a great and fun idea and planned a dim sum research field trip immediately!

Keep in mind that there are so so so many dishes that are served during dim sum. Even though I had 4 friends accompany me on my dim sum research field trip, there was only so much we could eat. This post is, therefore, by no means exhaustive or complete. That's why I have called this "Part 1"! Part 2 will involve another research field trip, eating dishes I don't cover in this post!

(Updated June 26th, 2017: Check out Dim Sum Sampler - Part 2 to learn about more dishes for your next dim sum outing!)

It's hard work, but someone's got to do it. 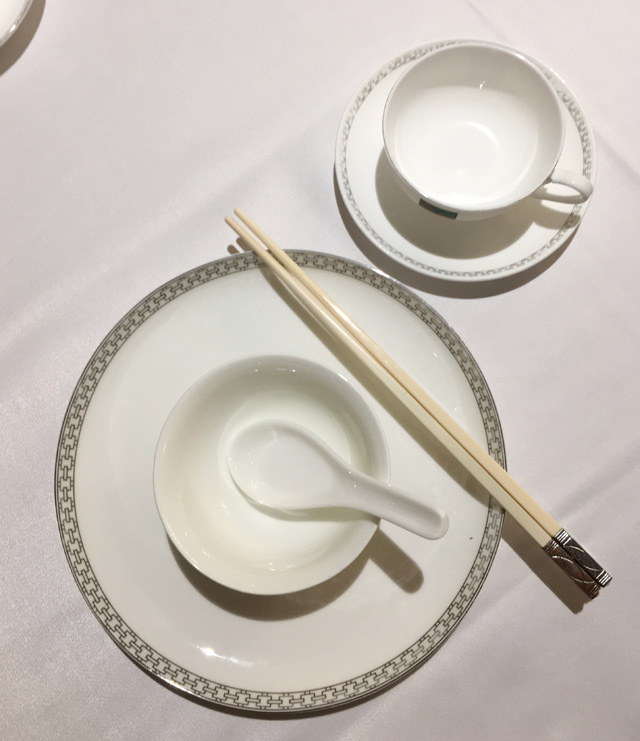 First, let's get a bit of background. Dim sum, or what is often called "Yum Cha" in Cantonese, is a meal often eaten from morning to early afternoon. "Yum Cha" literally means "drink tea", and thus, tea is always served at dim sum. The words "dim sum" actually refer to the the small bites of food served in steamer baskets or small dishes. They are meant for sharing, and the more people you have in your group, the more variety you get to sample.

Dim sum used to be served from food trolleys that would be pushed around the restaurant. Ladies pushing the trolleys or carts around would stop at each table, indicating what foods they were offering, and people would pick and choose what they wanted. Nowadays, this way of serving dim sum is a rare-find. More often than not, you get an order form, tick off the items you want, give it to a restaurant employee, who then passes the order onto the kitchen and your food gets served to you. The advantage is that the food is cooked fresh and is nice and hot. The disadvantage is it's not quite as fun as ordering straight off the cart.

Most dim sum dishes are steamed, so if you go to a restaurant with trolleys, you will often see trolleys with bamboo steamer baskets piled high. Those particular trolleys keep the steamed foods hot as they're being pushed around the restaurant.

Another thing about having dim sum at a restaurant that still uses trolleys is that sitting near the kitchen is a good thing! In a western restaurant, people don't want to sit near the kitchen. Guests prefer to sit in the middle of the ambiance of the dining room, away from the working kitchen. However, at dim sum, sitting close to the kitchen means you get first pickings on the food! Everything is fresh and hot and there is plenty of selection! If you're far from the kitchen, you risk the trolley running out of what you want to eat, and then you have to wait until the next round. So if you're offered a table near the kitchen at dim sum? Take it!

When I used to go for dim sum with my family, if we ever had a table far from the kitchen, my mom had a procedure in place. She would eagle-eye watch the trolleys coming out of the kitchen and tell one of us to run over and get the dish or put dibs on one and tell the lady where we were sitting. Or she would go over herself and get it. Needless to say, it didn't make for a very relaxing lunch, having to go chase down our food! However, it was part of the experience and is funny to think about now.

That all being said, if you can find a restaurant that still serves dim sum the trolley way, you should try it!

Enough talking...let's get on with the food! 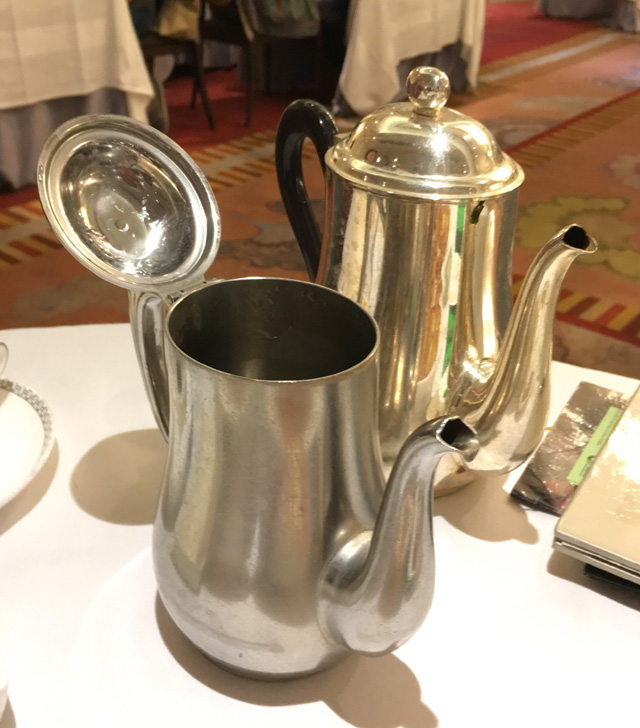 Okay, this isn't exactly "food", but it's an important part of dim sum. Chaa is simply "tea". Since you "yum cha" at dim sum ("drink tea"), you will be asked why kind of tea you want. There's jasmine (heung-peen) which is a lighter, milder tea. There there is bo-lay or pu-erh, which is darker and stronger. You can get tea blends, such as puu-nee, which is kind of like jasmine, but less flowery. My mother always orders puu-nee when we go for dim sum. Gook-po is actually bo-lay tea with chrysanthemum. Oolong is another common black Chinese tea. Not all of these will be available at every restaurant, but you just ask and see what you can get and try it out.

You will most likely have two pots sitting on your table. One has tea, the other has hot water for refilling the tea pot, or to help dilute the tea in your cup if it is too strong. When you run out of either tea or hot water, all you have to do is open the lid of the pot. Before you realize it, it will be whisked away and replaced with a full pot lickety-split. 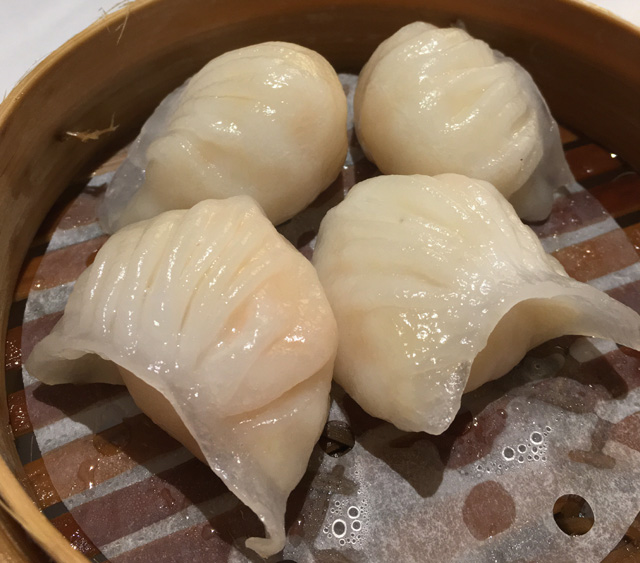 Haa-gow (shrimp dumplings in rice wrappers) is a standard dim sum dish. A shrimp filling inside a soft rice-flour based dough and steamed. It is one of my favorites. 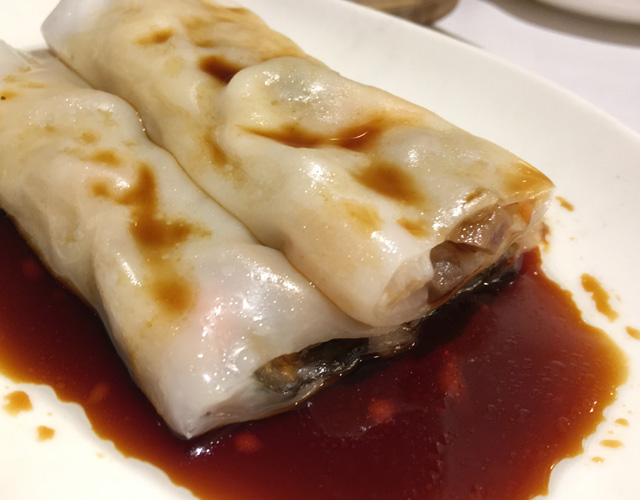 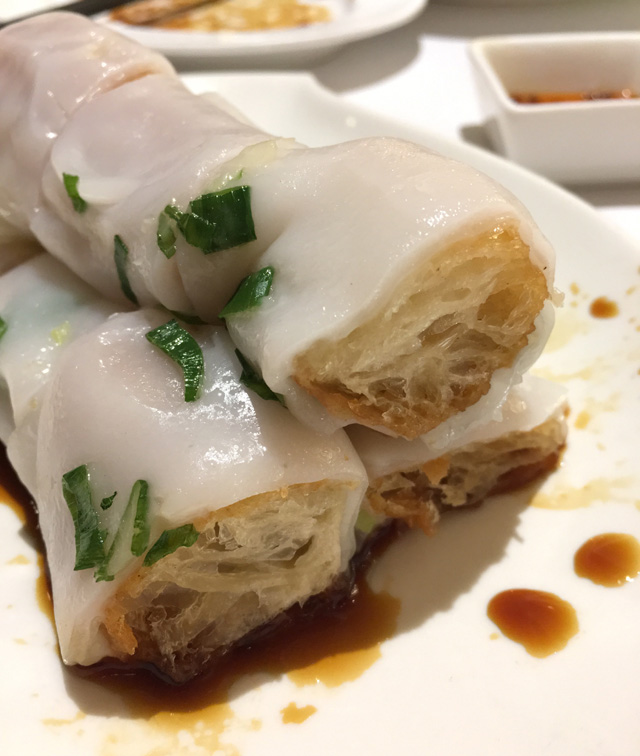 These are like the previous rice rolls, but they have a Chinese donut as the filling. A soft steamed rice wrapper on the outside, crispy donut on the inside, drizzled with some sweet soy sauce.

The term "Chinese donut" makes my husband laugh because they look nothing like an actual donut. And they're savory, not sweet. Aside from that, he's not sure what these long pieces of deep-fried dough have anything to do with donuts at all. But whatever...that's what they're called, so I'm going with it! In Chinese, they're called Yew-Jaa-Guey. But Chinese donuts work. 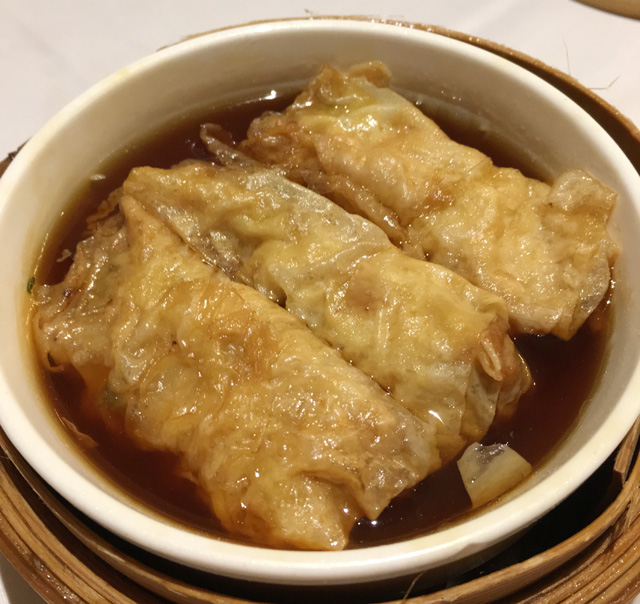 For lack of a better description, I called these soggy eggrolls...a steamed cousin to the crispy crunchy eggroll. They're not completely the same, though. The wrappers are bean curd (tofu), and the filling is a mix of minced pork, bamboo shoots and mushrooms. They steam them in some soy-based sauce and, while they may not look all that appetizing, they're quite yummy. 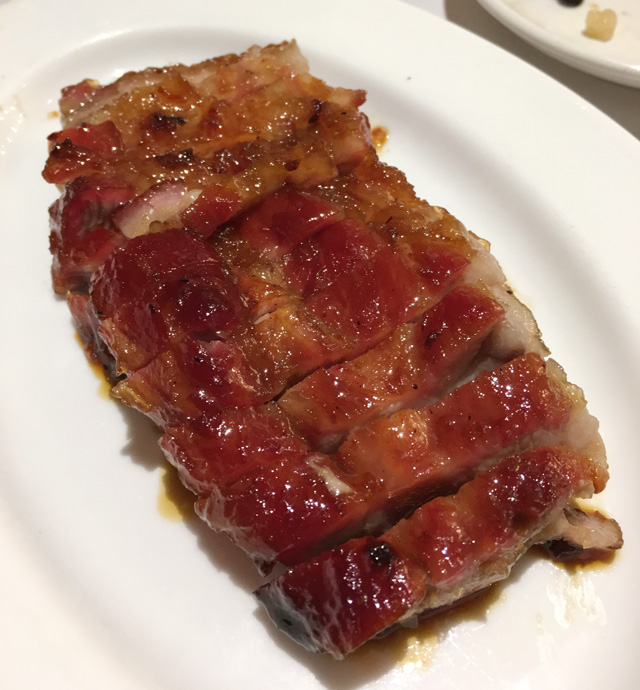 This is your basic barbecued pork, or "cha siu". It is a combination of salty and sweet and very tasty. You can get it by itself, or it is often used as a filling in steamed or baked buns...the infamous Cha Siu Bao. 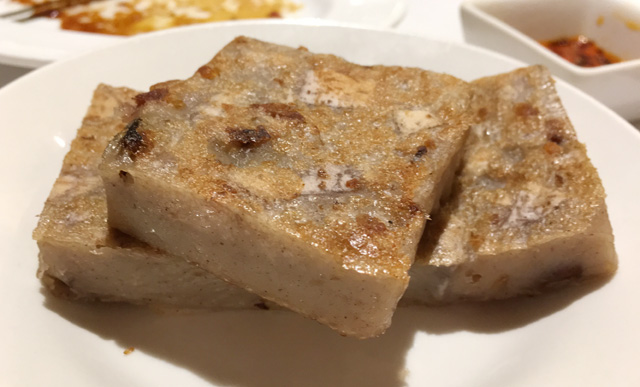 Woo Tau Goh are rice flour taro cakes. Imagine chopped up taro root (similar to a potato), a rice flour liquid mixture poured in around it in a dish and steamed. The whole thing solidifies and then you cut them up and pan fry them! Weird, I know, but again, they're really good.

And that, I think, is a good start for Dim Sum Sampler Part 1! As I mentioned, there are many dim sum dishes, more than I even eat. But this is a good start to some of the basics. So the next time you go for dim sum, see if you can identify any of what I have shown and written about here. Try ordering them in Chinese or show them the pictures! If you're not sure how to pronounce the words, you can always try saying them and quite often, the ladies serving them will repeat what you want to order. Just listen to how they say it and repeat! Let me know how your dim sum experience goes and comment below!

(Updated June 26th, 2017: Check out Dim Sum Sampler - Part 2 to learn about more dishes for your next dim sum outing!)

"A recipe is a story that ends with a good meal."
~ Pat Conroy